Etruscan times the Castiglione area, ruled by Chiusi, was primarily dedicated to the production of wheat. Around the 7th century A.D. the promontory proved to be a formidable defensive outpost for the Byzantine Duchy of Perugia against the neighbouring Longobard territory of Tuscany.
Later Arezzo, Cortona and Perugia fought for the possession of Castiglione, which was finally subjected by Perugia.In the 1617 Castiglione became a duchy until 1648, when the area was taken over by the Apostolic Chamber of the Papal States.

Rocca del Leone
This fortress, probably designed by Frate Elia Coppi, was built in 1247.
The Pentagonal walls are sectioned off by four square and one triangular towers. 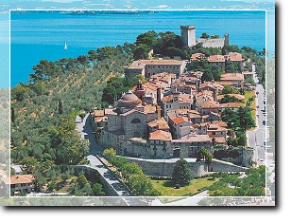 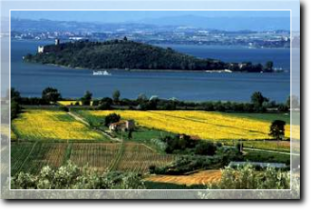 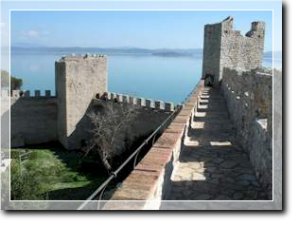