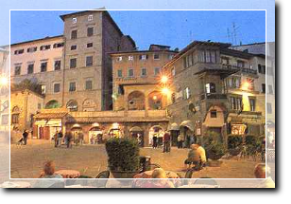 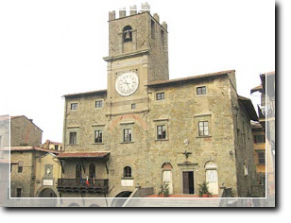 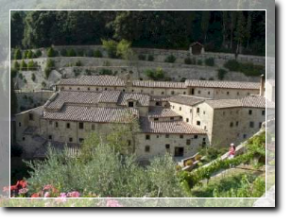 One of the twelve cities of the Etruscan League-substantial fragments of its primitive cyclopean defences can still be seen, incorporated in the medieval walls.
Apart from a few fine Renaissance palaces, the prevailing character of Cortona's architecture is medieval, conferring on the steep narrow streets a strong sense of atmosphere.

The city is commandingly situated (altitude 600 metres) and there are magnificent panoramas to every point of the compass, embracing the whole of the Val di Chiana.
Prominent among many art works of various periods in the Museo dell'Accademia Etrusca are the Etruscan Chandelier known as the "lamp of Cortona", one of the most celebrated bronzes of antiquity, and the "Polyhymnia Muse", an encaustic painting of the Roman era, of Remarkable beauty.

The Museo Diocesano displays works by Luca Signorelli, distinguished Renaissance painter and native of Cortona, and a much-admired "Annunciation" by Beato Angelico. 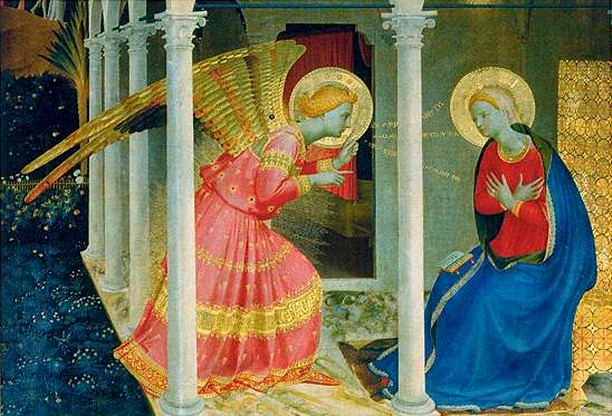 The most important medieval buildings are the churches of San Francesco and San Domenico and The Palazzo Casali, which has a renaissance facade.
In these, and in the Renaissance churces of Santa Maria Nuova and San Niccolò, valuable works of art are preserved.

LE CELLE
Le Celle, the enchanting town just a few kilometers from Cortona, where St. Francis of Assisi lived and founded a convent in 1211 which still welcomes brothers and all those who want to live the spiritual and religious experience of prayer in a place rich in history and spirituality.