At the centre of the Crete Senesi there is Monte Oliveto Maggiore. Some of the great gentlemen of Siena's merchants as Giovanni Tolomei and Ambrogio Piccolomini, founded the monastery where they retired here in 1313 to escape the fatal sophistication of the medieval city. The new foundation followed the Benedictine Rule "Ora et Labora" approved by the Pope only six years later.
Monte Oliveto is a marvel of Renaissance clarity and rationality expressed in a simple structure with its 15th-century rose-pink abbey church , a Baroque building with outstanding choir stalls of inlaid wood and the great Cloister,embellished with 36 frescoes of scenes from the life of St.Benedict,begun by Luca Signorelli who completed nine panels while the remaining 27 were finished by Sodoma in 1508. 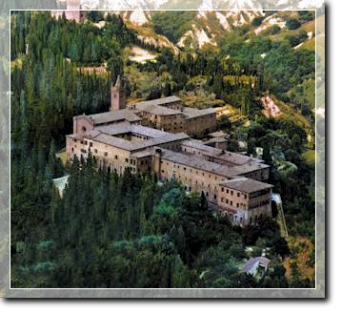 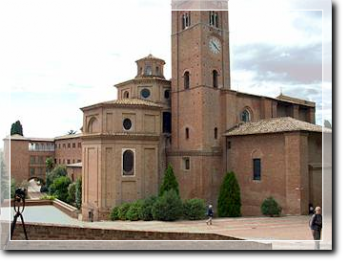 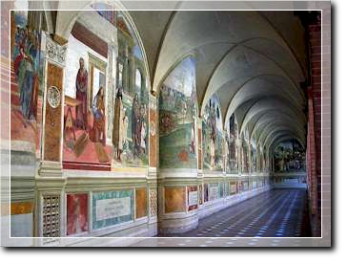